Myth or Fact: Can You Die from Rat Urine on Soda Cans? 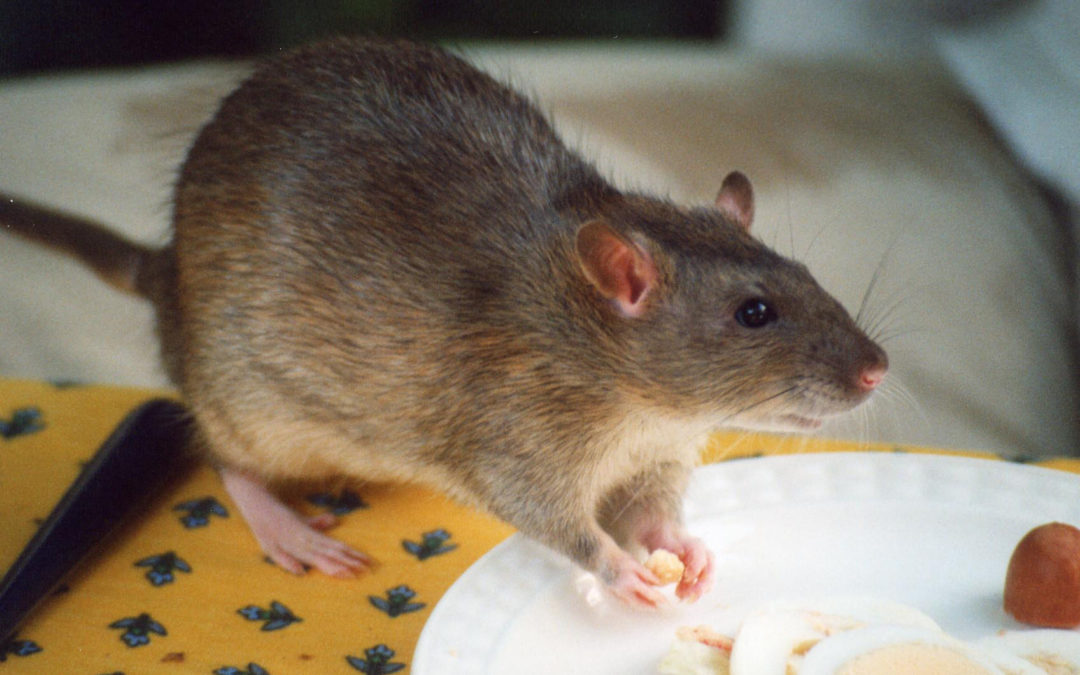 Hoax emails and social media posts have recently been circulating across the globe warning users of a deadly disease caused by drinking from soda cans that have been contaminated with rat urine on the lid. In actual fact, numerous variations of this ‘scarelore’ have been resurfacing and doing the rounds for over the past decade or so. In each account, someone drinks straight from a soda can and dies shortly thereafter. An autopsy concludes that the cause of death is Leptospirosis – a direct result of the can which was found to be infected by dried rat urine.   Those who took the message seriously were determined to spread the message, while others disregarded it as pure spam. But is there any truth to it? Can someone contract Leptospirosis simply by drinking from a can? In this blog, we’ll examine this urban legend to separate fact from fiction. 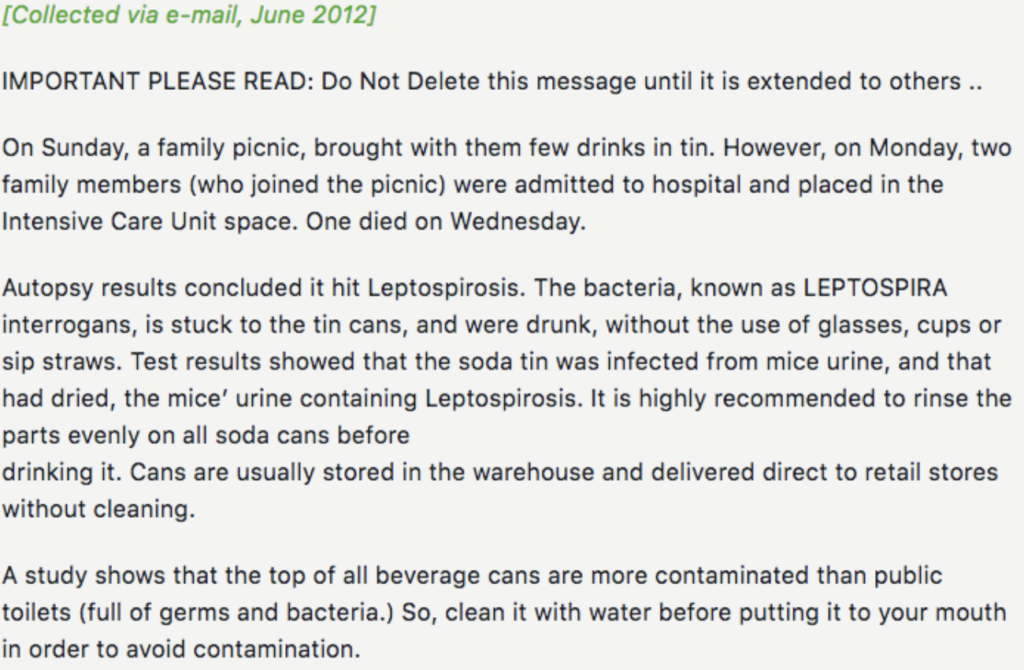 Image Source  What is Leptospirosis?  The first truth to the message is that Leptospirosis is, in fact, a real disease caused by a number of different bacteria called Leptospira which infects animals and can be passed on to humans.   According to Medical News Today:  Humans can get leptospirosis through direct contact with urine from infected animals or through water, soil or food contaminated with their urine. It's most common in warm climates.   Symptoms of the disease include; high fever, headache, bleeding, muscle pain, chills, red eyes and vomiting – and without treatment, could lead to severe kidney and liver damage, and even death.  In November 1998 leptospirosis killed eight people and hospitalised one hundred in China. In the same month in 1997, 22 people died from the same cause out of the 300 who were infected with it. In the United States, 100 to 200 cases of leptospirosis occur each year (with about half of those in Hawaii), according to the Center for Disease Control. (Source)  Can these deaths be attributed to soda cans? Probably not. This is definitely a disease that shouldn’t be taken lightly, but before you condemn soda cans for good, let’s dig a little deeper.    Can you get Leptospirosis from a soda can?  This is where the facts get a little hazy. While humans can get Leptospirosis from contact with animal urine – the chances of it happening just by drinking from a soda can are minimal.  According to a rebuttal from the Leptospirosis Information Centre (LIC):  Leptospira require constant immersion in water to survive, and so drying of the surface for any length of time would permanently kill the bacteria. Given that drinking containers are non-porous, surface moisture dries very quickly and cannot possibly contaminate the contents.   Furthermore, the hoax assumes that all rat urine contains Leptospira. In fact, rat urine is ordinarily not toxic to humans. Contact with urine from diseased rats can certainly lead to illness in humans, but only because the urine contains bacteria of some or other kind.   So, there you have it, drinking from a soda can is not the death sentence that the messages proclaim. That being said, there’s one question left to ask:  Is there really rat urine on soda cans?  As for the fact that there may be rat urine on the soda cans we buy from shops, Leptospirosis or not, it’s possible. And, whether toxic or not, nobody likes the thought of gulping down a nice Coca Cola laced with urine.  Given that soda cans may have been stored or handled in an unsanitary manner before reaching consumers, the hoax message’s recommendation to wipe the top of cans before drinking is probably not a bad one.   Click here to learn more about Rat Control from The Specialists

READ  The 5 Shocking Dangers of Rats and Mice in Winter