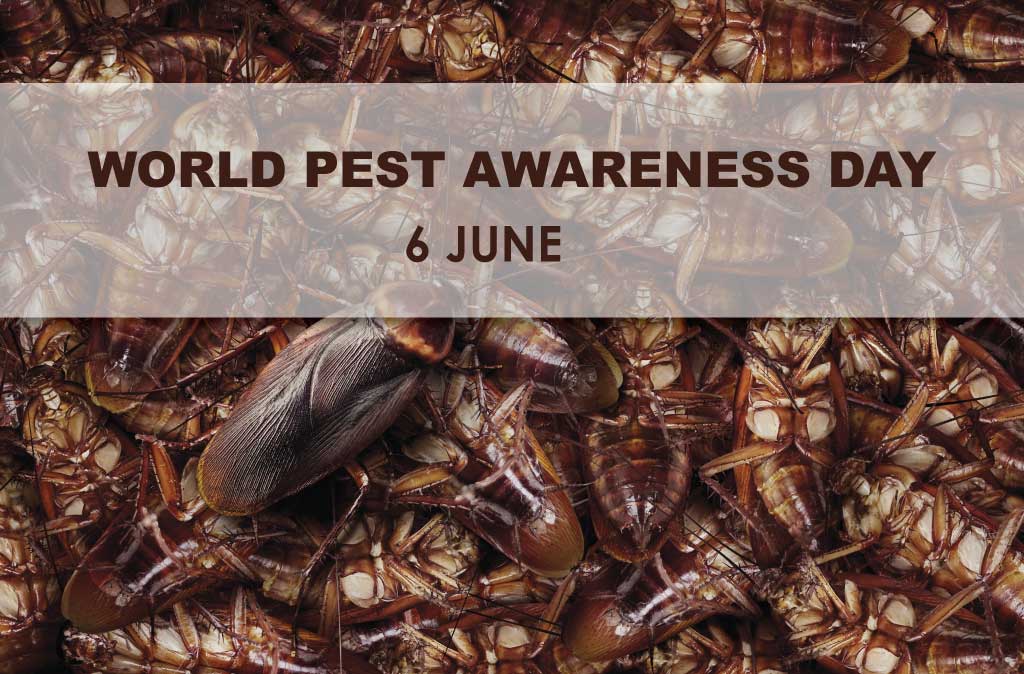 6 June 2019 is World Pest Awareness Day, a worldwide campaign that aims to raise awareness of the important role pest control and pest management plays in protecting public health and property. Pest infestations are considered a global threat for many reasons far beyond the ‘ick’ factor. Since as far back as 2500BC, sulphur compounds were used to ward off mites and insects from crops. Fast forward to recent years, and we see that significant advancements have brought about new and more efficient ways to deal with pest problems, both commercially and in the home. If it weren’t for pest control, the world may look a lot different. Watch the video to find out just some of ways pest control protects food, families and businesses.   Disease In a world without pest control, more people would get sick Pests like rats, flies, fleas, rodents and mosquitoes are well-known carriers of disease. Without pest control, dysentery, cholera, typhus, dengue fever, malaria, West Nile virus, lyme disease, salmonellosis, listeria and more pest-borne disease can spread out of control – causing widespread outbreaks and substantial deaths. Food Security In a world without pest control, we’d all be a lot hungrier Pest control protects crops from being devoured by hordes of insects, without which food shortages would be a major problem. In addition, food businesses would be more vulnerable to disease-carrying pests that would compromise the quality of their food supply, resulting in either more stock written off or more food-borne illnesses.
See also  The 5 Shocking Dangers of Rats and Mice in Winter
Pest Invasion In a world without pest control, there’d be pests everywhere Pest infestations are more than just a health concern. When pests take over, the psychological impact can cause anxiety, stress, frustration, discomfort, feeling of helplessness and even depression. Cleanliness In a world without pest control, we’d live in filth Pests leave behind a mess that is noticeable even in the smallest of infestations. On a large scale, it would become unmanageable. Droppings and urine, nesting materials, shed skin, carcasses and other debris create foul odours and release contaminants that could trigger asthma and allergies in people.   Enquire about our professional pest management solutions today